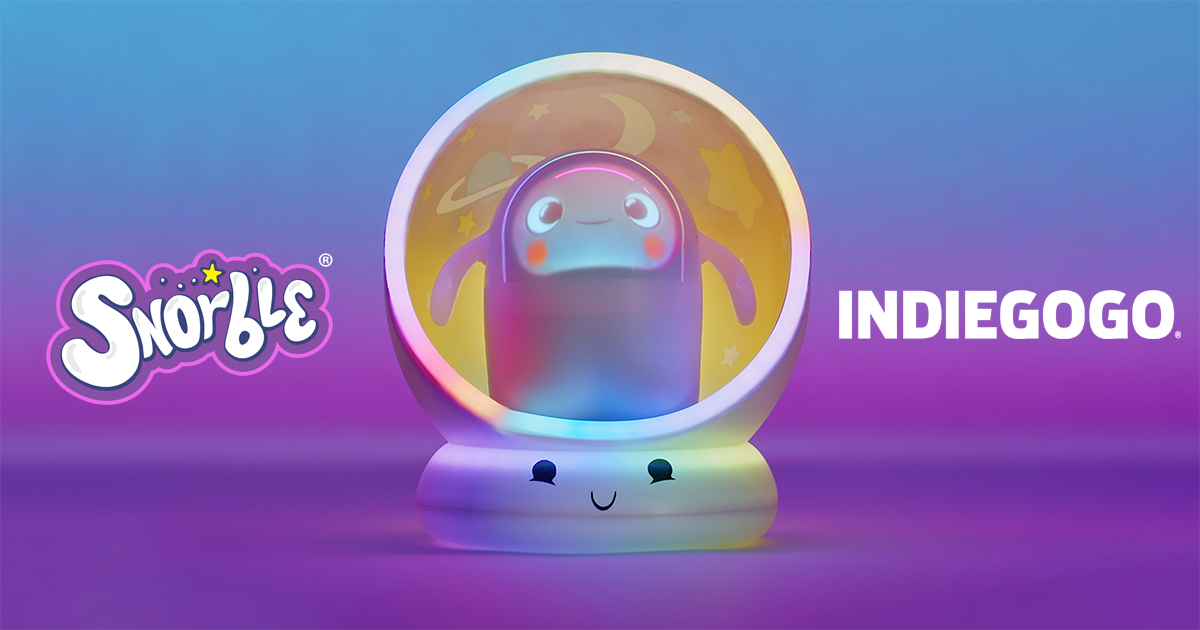 FOR IMMEDIATE RELEASE - MONDAY, MARCH 8, 2021 - Less than twenty-four hours after launching on Indiegogo, the advanced children’s sleep companion Snorble® has surpassed the initial target of its pre-sales campaign.

But the buzz and the push towards the engaging animated character being delivered to families supporting their kids in developing healthy habits doesn’t end here.

The opportunity to purchase and bring Snorble home later this year is still available at Indiegogo until the end of April, with several preorder options, ranging from helping kids in need to adopting multiple Snorbles.

“Sleep is such an important part of our children’s development and our families' happiness that we were confident this preorder opportunity would appeal, so we're delighted with such a positive response,” said Mike Rizkalla, CEO and co-founder of Snorble. “We are thrilled to be helping so many families already. The habits we love are the habits we keep.”

In addition to trending on Indiegogo, Snorble is also climbing the fundraising charts, debuting as a new entry among the company’s Team Favorites as ‘campaigns we’re loving this week’ while pre-selling more than $30,000 worth of product before Snorble is even available.

Snorble encourages a child to put on their pajamas, brush their teeth, and much more through engagement and rewards. When they are ready to go to sleep, Snorble’s magical lights, sounds, and other features create a soothing environment to help keep them in bed. If the child wakes up, Snorble can help them self-soothe through breathing exercises and other helpful options. In the morning, Snorble gently wakes them to start their day.

More than just an alarm clock or nightlight, Snorble is truly a first-of-its-kind children’s sleep product that blends proprietary Neuro-Linguistic Processing (NLP) and AI with an animated character to present an experience for families that has never been seen before. For more information visit www.Snorble.com.

About Snorble:
Snorble® is the brainchild of serial entrepreneur Mike Rizkalla. Having gone through the motions of trying to establish a consistent and healthy bedtime routine for his own kids, Max & Emily, Mike realized there had to be something out there that could help with this. After googling “How to get a toddler to sleep” and receiving 198 million results, Mike discovered there were several sleep aids and trainers on the market. To his dismay, however, none of them seemed to have the holistic approach to bedtime that he was looking for. Convinced that his own son was, in Mike’s words, “an incredibly adorable descendant of Dracula'' and realizing that necessity truly was the mother of invention, Mike went ahead and invented Snorble.


About Indiegogo:
Millions of people around the world visit Indiegogo to find clever and unconventional things that solve everyday problems large and small. By giving entrepreneurs everywhere a platform to launch new and groundbreaking products, we help surface innovations in tech, design, and much more, all before they go mainstream.